If young people are the future of democracy, then throughout the critical years of their adolescence, they should be provided meaningful opportunities to practice citizenship. Action Civics may be the remedy to the problem.

Action Civics is defined by the National Action Civics Collaborative as “a student-centered, project-based approach to civics education that develops the individual skills, knowledge, and dispositions necessary for 21st century democratic practice.” The concept is not new and in fact teachers, schools, and students across America are engaged in meaningful civic learning. However, too many students are deprived of the opportunity to engage in a laboratory for democracy or work on issues that affect their lives today. It is in this spirit that we seek to find organizations and resources to support and empower educators in delivering Action Civics to students across America through a landscape mapping. Understanding the organizations that support elements of Action Civics provides a greater understanding of how to collaborate and ensure students are empowered to be be engaged. This is a snapshot of the Action Civics landscape and adjacent sub-fields and does not claim to be exhaustive. Our hope is the project is iterative and ongoing.

Uses for this Interactive Tool

The landscape data exists for users in multiple forms to facilitate a variety of uses. The data can be viewed as a text list of organizations and programs, a geographic map, or an interactive, sortable visualization of similarities and differences. There will be diverse audiences and use-cases but three main potential audiences:

The research question at the heart of this project is: What organizations currently use components of Action Civics? Ultimately, we wanted to understand breadth of use of these different components, as well as find commonalities and eventually potential intersections that can lift the field.

Our procedures began by creating a list of organizations who are involved in support for broadening Action Civics. The researchers used organization websites as the primary source of data for the features of Action Civics within curriculum and program descriptions. A priori coding (i.e. theoretical) was done, then analysis and recoding using a mix of a priori and deductive codes. Coding is based on the organization’s Action Civics-aligned program. For instance if an organization has eight programs, only the programs that use Action Civics components were coded. Organizations were added based on researcher knowledge and resulted in 97 organizations or programs at this time.

Teasing out the features of Action Civics meant siphoning through the reasonable disagreements between Action Civics organizations. Instead of harping on exact definitions, we found emergent primary features consistent throughout the data. Some of the data coded included:

As stated above, this is a work-in-progress which we hope can provide insights for building Action Civics exposure and evolve as the field does. There is, of course, information not included in the tool which considerations, such as program reach and duration. This information was very often not on websites, but is important for users.


Questions or feedback
about the Research or Presentation?

Action Civics Landscape is a project of Generation Citizen.
This project was completed with the support of
The Ford Foundation and The William and Flora Hewlett Foundation. 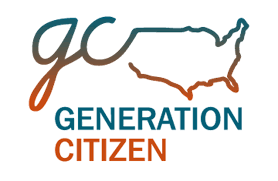 This microsite was created by Civic Studio.